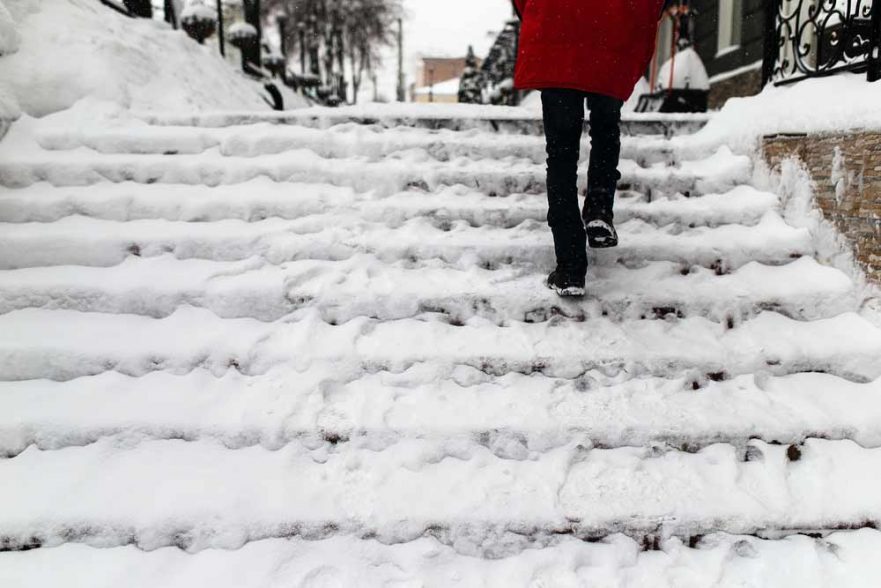 There is a TV commercial for a national pizza chain showing a customer slipping on ice as he and his dinner go crashing to the ground. A voiceover reminds customers they can return a damaged pizza to the store for a replacement. While it’s nice to know that your dinner is easily replaced if you slip on ice, the physical harm to your body might not be remedied quite as quickly.

Workplace injuries and illnesses related to ice, snow, and sleet forced American workers to average one missed day from work. In Oregon, the average recuperation time was 11 days. Depending upon the circumstances, a fall on ice could entitle an injured person to compensation.

Laws pertaining to snow and ice removal vary from state to state. For example, property owners in New York must remove ice and snow from bus stops and fire hydrants located in front of their property in addition to clearing sidewalks adjacent to their property.

Oregon is like many other states in which cities and municipalities enact their own ordinances pertaining to the removal of snow and house. Beaverton property owners have to work quickly because they have only four hours to clear walkways from when the snow stops falling or the ice has accumulated. Portland gives property owners and occupants, such as tenants, more time to clear slippery sidewalks by asking that it be done as soon as possible after accumulations occur.

Holding property owners liable for injuries when someone slips on ice 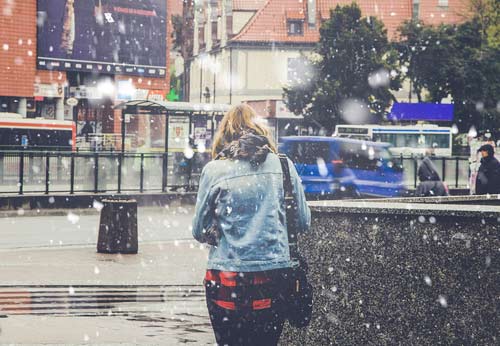 Just as the laws pertaining to removal of ice vary from state to state or within local communities within a state, liability imposed on property owners who fail to correct icy conditions also varies. Illinois distinguishes between natural and unnatural accumulations to determine the liability of property owners for injuries suffered by victims of a fall.

In contrast to Illinois, Oregon does not distinguish between natural and unnatural accumulations, but that does not make property owners automatically liable when someone is injured in a fall or because of ice fall from roofs. Although Oregon requires owners to maintain their property and repair or correct unsafe conditions, the owner’s knowledge of the existence of the condition is important in the recovery of compensation by an accident victim.

Limiting liability to situations in which property owners know of an unsafe condition protects them from lawsuits based upon conditions that might have occurred within moments of the accident and before steps could be taken to correct it. However, knowledge is what a person actually knows, as well as what they should know under a specific set of circumstances. For instance, if a building owner knows water from melting snow accumulates at the edge of the roof creating large chunks of ice that crash onto a walkway used to enter and exit the structure, that knowledge means the owner should know the falling ice could injure someone. The owner could be liable for failing to correct the condition.

Some municipal ordinances go even beyond state law by creating liability for ice and snow conditions. The city code of Eugene makes a property owner liable for personal injuries or property damage caused by the failure to maintain sidewalks and curbs, keeping them clear of the following:

Someone injured in a fall caused by ice, snow, or other conditions should review the circumstances of the accident to find out if there is any legal responsibility imposed on the owner of the property.

Liability for snow and ice injuries at work

Work-related injuries and illnesses, including those caused by a slip on ice or snow, are usually covered by workers’ compensation. Employees would receive benefits for medical care and lost earnings while out of work due to the injury. If the injury happened while the worker was on property owned by someone other than the employer, the property owner could be liable.

A person injured in a work-related accident should speak to an attorney knowledgeable about workers’ compensation and personal injury law. By reviewing the facts and circumstances of the accident, the attorney can advise the injured person about how and against whom a claim for damages may be made.