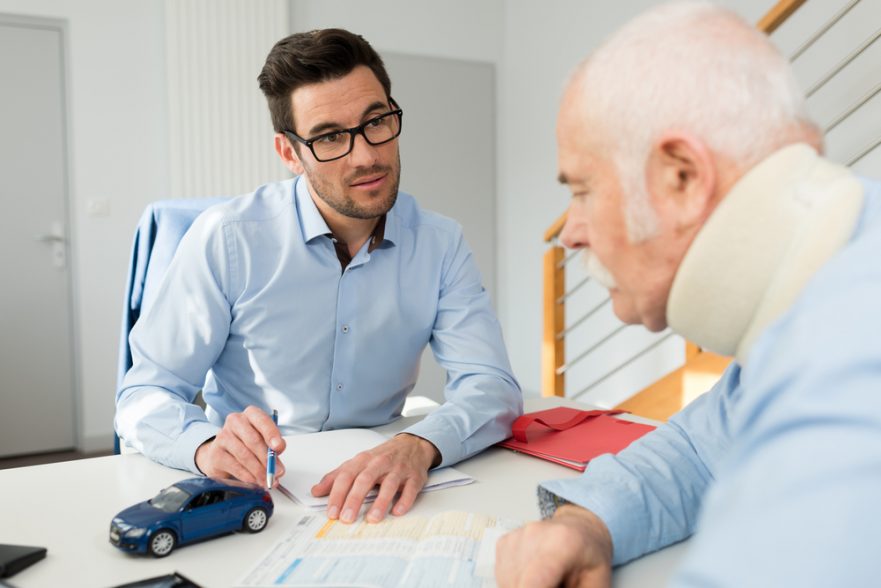 Injuries caused by another person’s negligence may entitle you to recover damages, whether the injuries were caused by a driver who ran through a red light while texting on a cellphone or by a property owner who failed to remove snow and ice from the sidewalk. The word “damages” might make you think of  the recovery of medical expenses and compensation for your pain and suffering, but recovery of lost wages to relieve the financial burden caused by being unable to work is an equally important element of damages in a personal injury claim.

How do personal injury claims arise?

Accidents such as tripping over your own feet and falling happen all the time without anyone being at fault. Holding another person responsible to pay damages for injuries you suffer in an accident depends on that person being at fault under a legal theory referred to as “negligence.”

The careless or reckless conduct of another party that causes you to be harmed may entitle you to recover compensation through a personal injury claim. Proving negligence requires evidence for each of the following:

Recovery of medical expenses, pain and suffering, repair or replacement costs for damage to personal property, and lost wages may be awarded to you through a personal injury lawsuit against a negligent party.

What do lost earnings include?

Hospitalization or confinement to your home while undergoing medical treatment and recovering from your injuries usually means that you cannot work and earn a living. Lost wages may be one of the damages recoverable from the at-fault party.

Proving loss of income requires evidence showing employment before the accident and the amount you were paid by your employer. Your employment and payroll usually provide the evidence that your personal injury lawyer can use to prove what you could have earned had you been able to work. The medical records and testimony from your doctors about your medical condition and the effect it had on your ability to work allow a judge or jurors to calculate the income lost. However, lost current and past wages do not represent the only earnings damages to which you may be entitled to collect.

Depending upon the severity of your injuries and the progress you make recovering from them, your ability to return to the type of work you were doing or the number of hours you work may be limited due to the accident. Oregon law refers to lost earning capacity as future impairment of earning capacity and requires the judge or jurors deciding your personal injury claim to weigh the long-term effects of your injuries and how they affect your ability to earn a living in the years ahead.

Proof of future impairment of earning capacity relies upon evidence submitted by your personal injury attorney. The forms of evidence helpful in proving that your earning capacity has been diminished include the following:

The evidence required to prove a reduction in your future earning capacity varies from one case to another, so getting sound and knowledgeable legal advice and representation is essential.

Speak with a personal injury lawyer about lost earnings

An experienced personal injury attorney has the ability to evaluate a claim for damages and determine the evidence that will be needed to prove negligence and damages, including current and future loss of earnings. The ability of the attorney to gather and present the different forms of evidence is crucial to the success of your claim for damages.