What frequently causes workplace injuries in the United States? With a quick Google search, there’s access to a great deal of information on the topic; however, not all data online is accurate.

We’ve done the hard work for you, and compiled data from trusted sources across the web to bring you the top five causes of workplace injuries in the country. Graphs have been included in each section for a quick overview, as well as all of the details. Whether you’re an employer or employee, we hope you find these insights valuable.

Top 5 Causes of Workplace Injuries in the U.S. 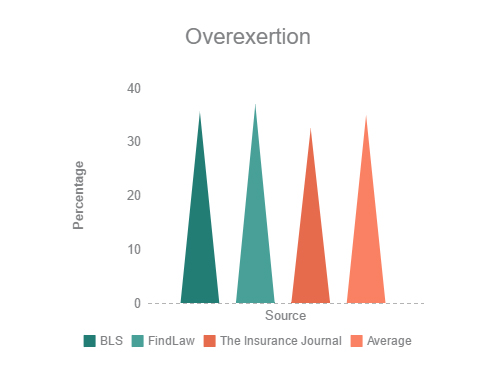 What is overexertion? According to a guide by Barbara Mulhern and Vern Putz Anderson, Ph.D., CPE:

“Overexertion occurs when a person works beyond his or her physical capacity or, more specifically, when the physical forces required to perform a task exceed the tolerances of the body’s soft tissues.”

Overexertion falls into two categories: sprains from tearing or stretching ligaments, or strains from tearing or stretching tendons or muscles. The most common type of overexertion injury involves the back and shoulders, usually resulting in the most days away from work compared to other workplace injuries, and tends to be the costliest workplace injury.

Consumer News Weekly placed physical exertion (the most common cause of musculoskeletal disorders) as its number one workplace injury based on reports from the Occupational Safety & Health Administration (OSHA). The Insurance Journal also reports overexertion as its number one cause of workplace injuries, with 32.5 percent of workplace accidents being associated with overexertion based on the number of workers’ compensation claims filed and data gathered from the Bureau of Labor Statistics and the National Academy of Social Insurance. 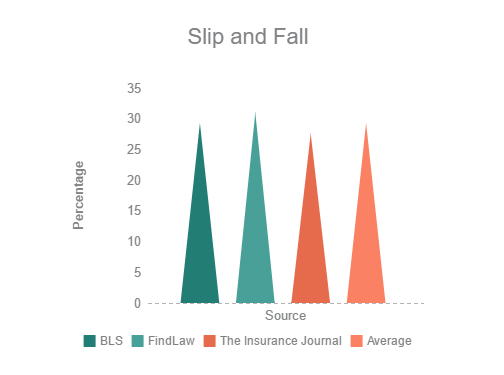 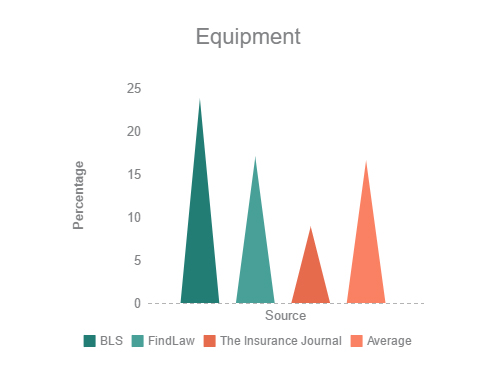 According to the BLS report, accidents involving equipment accounted for 23.8 percent of workplace injuries, placing it in the third position for the most common causes of workplace injuries. However, our other sources did not agree. Respondents to the FindLaw survey placed this cause of injury as the fourth most common, with 17 percent of the respondents reporting injury from machinery or being struck by an object.

Consumer News Weekly puts dangerous machinery further down its list at number eight out of 10 common causes of workplace injuries, but the Insurance Journal places machinery accidents at number three on its list. 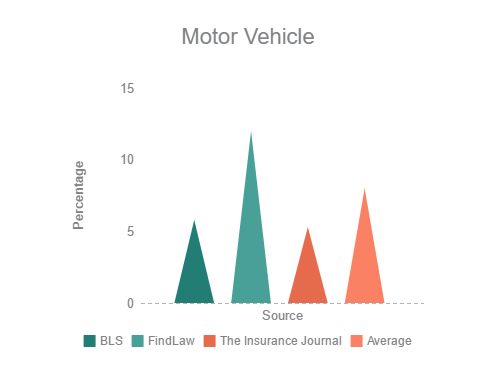 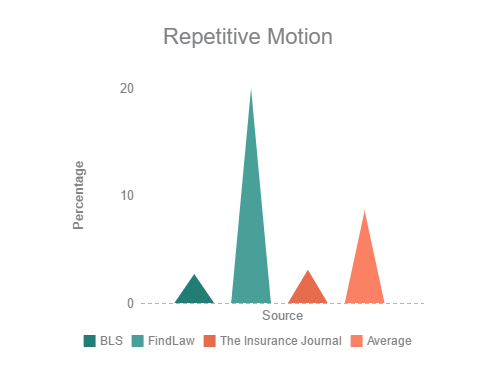 Repetitive injuries are the third most common injury according to the FindLaw survey (20 percent of respondents); however, it is number five on our list based on the data provided by the BLS and Insurance Journal. The data provided by BLS places repetitive motion injuries at the bottom of its list, only above injury caused by fires and explosions. Consumer News has this cause of injury as number seven on its list, but the Insurance Journal places this type of accident as number nine on its list of common workplace accidents.

By far, sprains, strains, and tears are the most common type of workplace injury according to information provided by the Bureau of Labor Statistics. The average time out of work for this type of injury is 10 days. 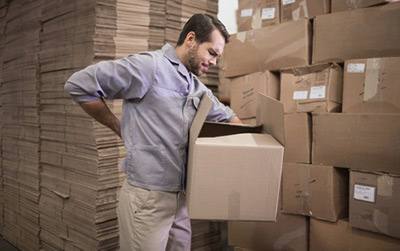 Other common workplace injuries include:

The Cost of Workplace Injuries 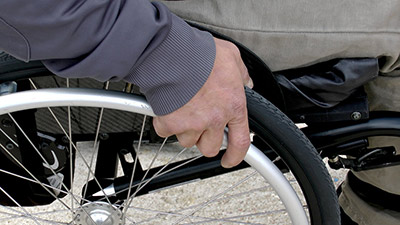 The severity of the injury determines the amount of time an employee is out of work. For a minor injury, the employee may only miss a few days of work, whereas an employee with a severe TBI may not return to work for several months, if he or she is ever able to return to work. For this reason, it is difficult to estimate the cost of workplace accidents; however, one estimate places the cost of workplace injuries at $250 billion each year. The true cost of workplace injuries must include the actual cost of medical treatment and lost wages, and it must also include the loss of productivity and human loss.

Because workplace injuries can leave the employee with permanent, life-altering conditions and disabilities, it is extremely important to seek immediate medical care and to consult with an attorney as soon as possible.

Ergonomics Plus, “The Definition and Causes of Musculoskeletal Disorders (MSDs),” Matt Middlesworth, May 15