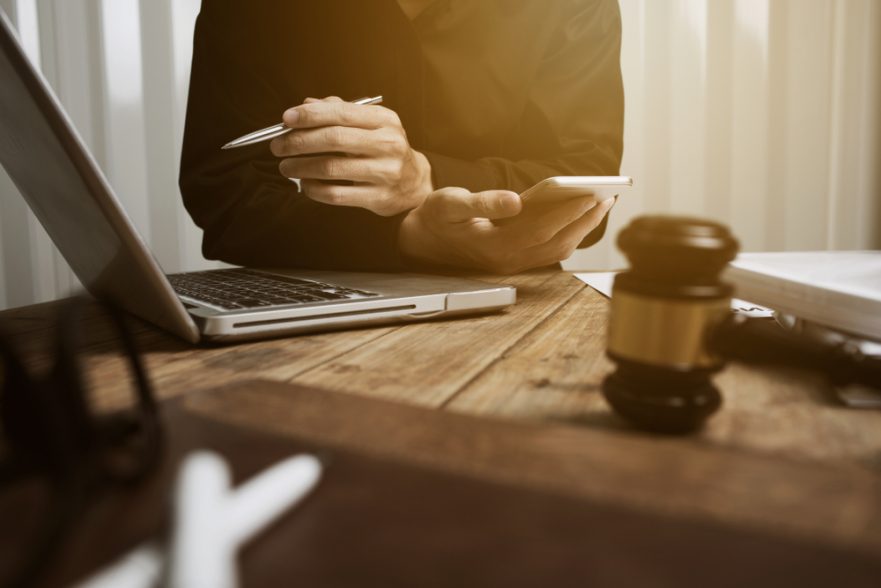 Whether your injuries are the result of a car crash, a slip-and-fall accident, or any other situation caused by the negligence or carelessness of another party, you could be entitled to compensation. Each claim and the circumstances surrounding it are different, but the following steps are common to most personal injury claims.

After you receive medical treatment for the injuries you suffered in an accident, you must retain the services of a personal injury attorney. The claims adjuster for the company insuring the party at fault in causing the accident would like nothing better than to settle the claim directly with you before you consult with an attorney.

A claims adjuster looks out for the insurance company by settling claims for as little as possible. Quick settlements can be enticing when you are unable to work and need money, but you might be settling for a fraction of what your claim is actually worth.

Experienced personal injury lawyers use their knowledge of jury verdicts and settlements from other cases to evaluate your injuries and the circumstances in which they occurred to determine the amount of compensation you should receive. When choosing an attorney, ask about the number of personal injury trials they have handled to verdict. You want your lawyer to be capable of resolving your claim through settlement while having the skills and confidence to go to trial if that is what it takes to get you the money you deserve.

Your attorney will review accident reports and witness statements and conduct an investigation to identify evidence to prove how the accident occurred and the fault of the party or parties against whom your claim for damages can be asserted. This will be followed by a demand letter to the other party or the party’s insurance company.

The demand letter usually generates discussions between your attorney and the insurance company claims adjuster about settlement of the claim. Unless a settlement offer is made that gives you the compensation you deserve, your personal injury attorney will likely start a lawsuit against the negligent party.

Negotiations between your attorney and the insurance company for the party that caused you to be injured do not stop merely because a lawsuit is begun on your behalf. Your personal injury lawyer may believe a lawsuit could result in more fruitful negotiations, or there could be a statute of limitations issue.

The statute of limitations is the time within which an injured party must begin a lawsuit. As a general rule, you have two years from the date of an accident to file a lawsuit in Oregon. Waiting too long to sue the other party could result in your claim being rejected.

Once the decision to file a lawsuit has been made, the following steps usually apply:

Mediation and arbitration offer voluntary non-judicial alternatives to a trial. If all parties to a personal injury lawsuit agree, the claim can be submitted to an impartial mediator or arbitrator. Unlike a mediator, whose role is to bring the parties together to settle their claim, an arbitrator considers the evidence that each side presents and renders a decision that is binding on the parties.

Getting help with your personal injury claim