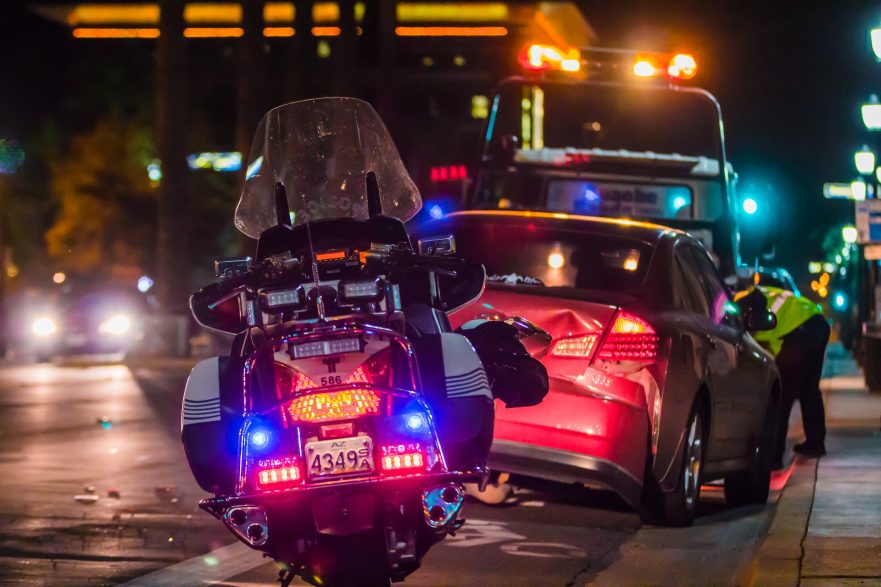 A delay caused by traffic slowing down at the scene of an accident has become an all-too-common occurrence. According to the most currently available data from the National Highway and Traffic Safety Administration, the annual total of million motor vehicle accidents reported to police exceeds 6.7 million. During the same period, motorists in Oregon accounted for 50,128 crashes, with 456 people dead and another 27,032 injured.

Oregon makes it mandatory for motorists to file a written report with the Department of Motor Vehicles within 72 hours of an accident involving one or more of the following circumstances:

If you are in an accident that meets the criteria requiring the filing of an accident report, you must also immediately notify the police. Calling 911 may be your first instinct only when you or another person has been injured, but it is a good practice to notify the police for all accidents. A police report of the crash with information about all the parties involved helps you and your lawyer when filing an accident report and a claim for damages.

Get a medical evaluation as soon as possible

An obvious injury should be checked at the scene by emergency medical personnel, who will determine whether you need to be taken by ambulance to a local hospital for treatment. Even if you do not have symptoms of a serious injury right away, you should arrange to be examined by a physician as soon as possible.

Some types of injuries may take hours or days before symptoms develop. For example, you may not realize that you have a concussion, a form of traumatic brain injury, for several hours. An examination and proper diagnosis by a doctor can be helpful in proving your injuries and their connection to the accident.

Watch what you say

Be careful about what you say about the crash or your injuries until you have an opportunity to speak with your personal injury attorney. Any statement that you make about an accident can be used later to defeat or weaken your claim for damages. For example, admitting fault or making a statement about your physical condition may become evidence that the insurance company for the party at fault will use to defend against your compensation claim.

If your injuries allow it, document the scene of the accident by taking photos, drawing a sketch of the scene, and taking notes. This information will prove invaluable later when you have to recall details about the accident scene and describe them to your Bend personal injury lawyer.

Photos taken of the accident scene should include the following:

Take pictures of police and emergency vehicles, showing the department name and vehicle number. These may help your attorney identify the agencies at the scene in order to obtain reports and records from them to prove your claim for damages.

Get the names and contact information of anyone who may have been an eyewitness to the accident. Your lawyer can contact them later for statements to determine and prove the cause of the accident.

Gathering and presenting the evidence needed to prove your claim for compensation against the party responsible for causing you to be injured in an accident requires an experienced and skilled Bend personal injury attorney. Protect your rights by making a consultation with an attorney your first order of business after seeing a doctor for treatment of your injuries.