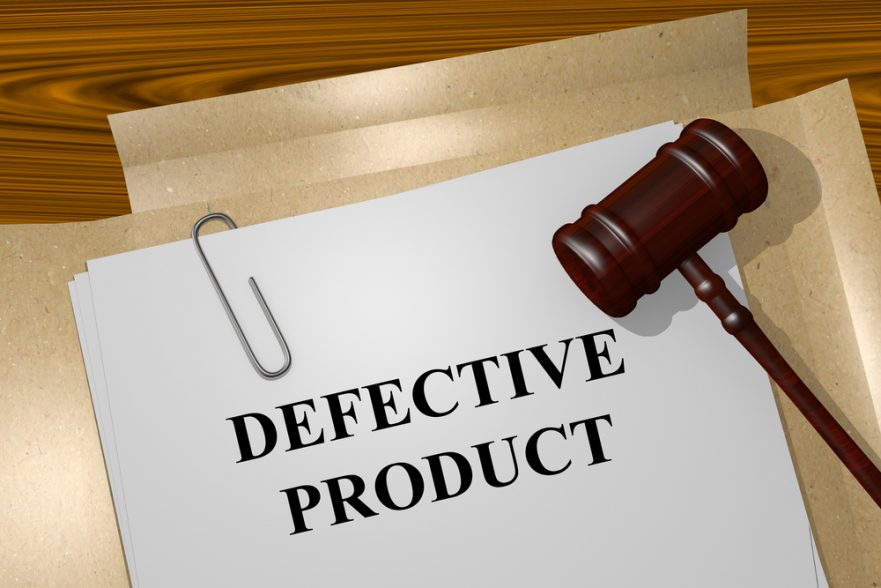 You want to know that the new toaster, lawnmower, or other consumer product you recently purchased will be safe to use. Sadly, this is not always the case. According to data compiled by the National Safety Council, millions of people suffer injuries each year due to defective consumer products. Product liability is an area of law allowing people injured by defective products to sue manufacturers, distributors, and retailers for damages, but waiting too long to speak with a personal injury lawyer to commence a lawsuit could cause you to lose the right to sue because of time limitations imposed by state laws, which are called statutes of limitations. Understanding how statutes of limitations work could help prevent you from making a costly mistake.

A defect making a product unreasonably dangerous could be caused by using the wrong or defective materials during the manufacturing process, or the product could have been manufactured properly, but a defect in how it was designed made it hazardous to users. Accidents and injuries could be caused by a product that was properly designed and manufactured, but the instructions or warnings available to consumers were either unclear, inadequate, or failed to provide proper guidance for safely using the product.

Product liability claims have a long reach. You purchased your car from a dealer and not directly from the manufacturer, but the law permits you to sue the manufacturer if it was responsible for the defect that caused the accident. The dealer could also be liable for selling a defective vehicle, depending upon the type of defect and the evidence available to prove liability.

Time limitations to watch out for with product liability claims

Waiting too long before pursuing a claim for compensation for injuries caused by a defective product could cause you to lose the right to sue. You have only two years from the date of a defective product accident to file a lawsuit for damages under the product liability statute of limitations in Oregon.

Although it might appear as though not realizing an injury was caused by a defective product grants an unlimited amount of time to file a lawsuit, this is not the case, thanks to something called the “statute of repose.” Found in the same Oregon law defining the statute of limitations, the statute of repose limits the time you have to discover that your injury was caused by a defective product to 10 years from the date of purchase of the product.

Consult an attorney about product liability and time limitations

Product liability claims can be complex as can the time limitations associated with them. Avoid problems that could cause you to lose your right to sue for damages by consulting with a personal injury lawyer immediately after an injury that could be caused by a defective product.