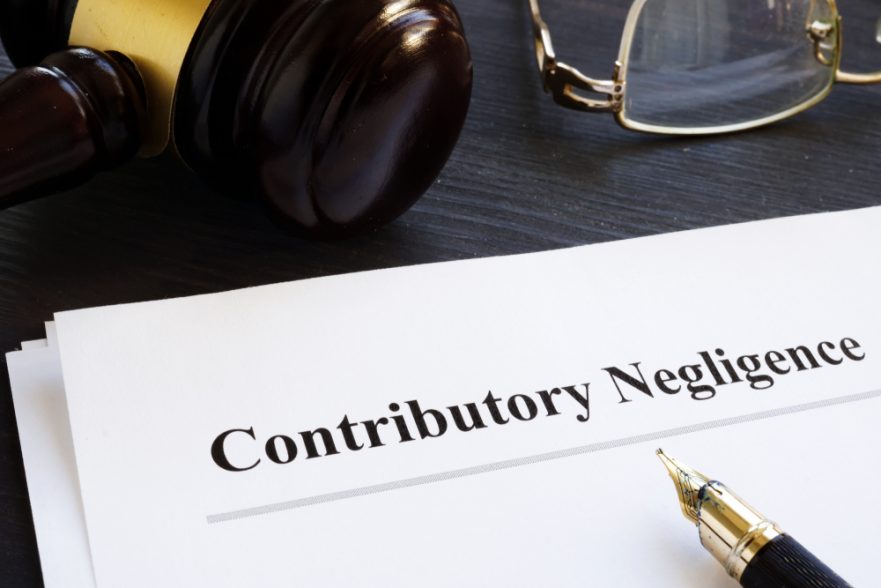 …and How Does It Affect Compensation for Accident Victims?

Identifying the party at fault

When the careless, negligent, or reckless behavior of one party causes personal injuries or property damage to another, the law imposes an obligation on the at-fault party to pay compensation for the harm that was caused. Depending on the facts of a particular accident, it is not uncommon for evidence gathered during an investigation to reveal the presence of fault on the part of a victim who contributed to causing the accident or the harm that resulted from it.

Fault on the part of the “plaintiff,” which is the party making a claim for compensation in a personal injury case, depends on the laws in the state in which the accident takes place. Some states refer to it as “contributory negligence,” and others use the term “comparative negligence.” Differences in the law dramatically influence the outcome for the plaintiff.

Contributory negligence prevents recovery of damages for personal injuries when a plaintiff fails to take reasonable care to avoid an accident or prevent the injuries resulting from it. It was, at one time, extensively applied throughout the United States in personal injury cases, but only four states and the District of Columbia continue to follow it.

The reason that contributory negligence fell out of favor was the harsh outcomes, including denying compensation to seriously injured plaintiffs who may have been as little as 1% at fault. For example, had the accident involving the distracted driver who ran a red light and injured a pedestrian crossing the street taken place in a state that follows the doctrine of contributory negligence, the pedestrian would not be entitled to be compensated by the at-fault motorist.

A jury may decide that texting while crossing the street was careless and find the pedestrian to be at least partially at fault. Remember, any degree of fault, even as little as 1%, prevents an award of damages to a victim in a state that follows the principle of contributory negligence. The harsh outcomes that can result from application of contributory negligence law to a case caused the vast majority of states to adopt a form of comparative negligence to replace it.

Other than those jurisdictions that continue to adhere to the doctrine of contributory negligence, some form of comparative negligence has been adopted across the country. Comparative negligence allows a judge or jury to consider the evidence and compare the degree of fault on the part of the plaintiff with the fault of the party being asked to pay damages. However, unlike in a state that follows contributory negligence, the plaintiff’s negligence does not prohibit recovery of damages.

States that adopted a pure comparative negligence rule reduce the recovery of compensation by the percentage to which the injured party is found to be at fault. If the evidence convinces jurors that texting while crossing the street made the pedestrian in our example to be 15% responsible for the accident, the driver would be responsible for 85% of the damages that would be awarded to the plaintiff.

Under a modified comparative negligence law, fault on the part of an injured party seeking damages cannot exceed 51% in order for that person to be entitled to compensation. The damages awarded are reduced by the percentage of fault on the part of a plaintiff found to be less than 51% at fault.

Modified comparative negligence makes the assessment of fault crucial to recovering damages in a personal injury case. If you or a loved one has been injured as a result of the fault of another party, representation by an experienced and knowledgeable Bend, Oregon, attorney is essential to the success of your claim for damages.