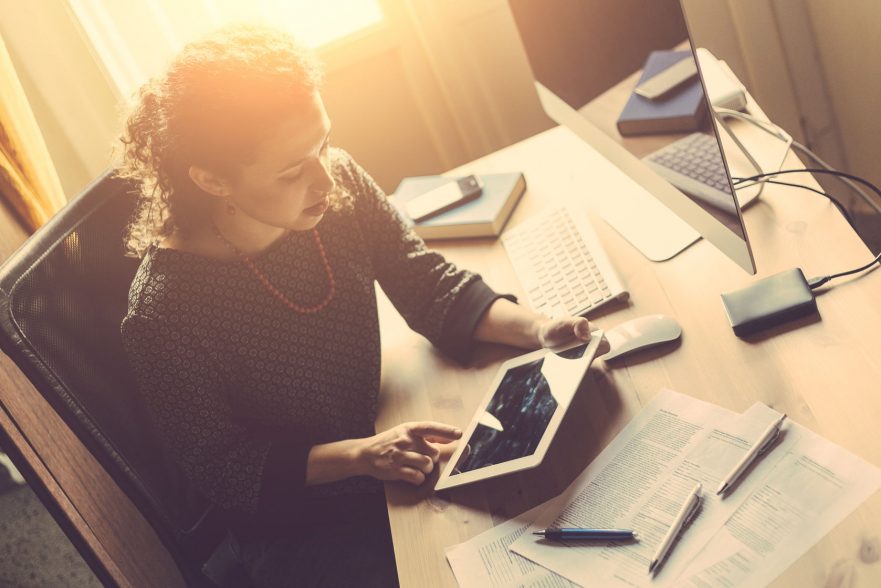 Advances in technology have made it possible for employees to perform their duties at locations other than the employer’s location. According to a recent study, 3.7 million employees in the United States work from home at least half of the time. Telecommuting is becoming more popular because it benefits both the employer and the employee.

According to a recent study, 3.7 million employees in the United States work from home at least half of the time.

Employers avoid the overhead costs of providing a workspace, and the employee benefits by avoiding the cost of commuting and having the flexibility to take care of family obligations.

Are Telecommuters Covered by Workers’ Compensation?

If an employee allows or requires a worker to work from home, the worker may be eligible for workers’ compensation benefits if injured while performing work duties. To determine if a telecommuter’s injury is covered by workers’ compensation, it is necessary first to define the workplace scope, in order to ascertain if the injury occurred “in the normal course of employment.” 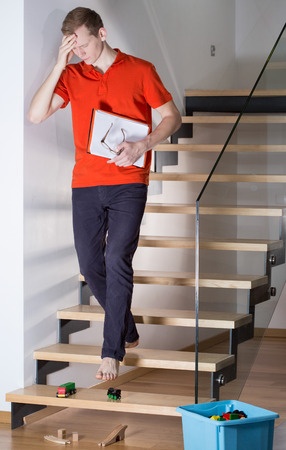 At home cases are extremely fact based, due to the complexity of potential risk sources in a home environment. You should speak with an Oregon Worker’s Compensation Attorney to make a better decision.

Workers’ compensation cases for telecommuters who are injured while working from home are more complicated than cases involving injuries workers sustain while at an office or business location.  An occupational disease, such as carpal tunnel syndrome developed by an employee from years of keyboarding at home, is analyzed the same way as a carpal tunnel claim from by an employee in an office; the fact that the injury occurred at home adds another layer, however.

The law is far from clear in determining whether or not an injury arose  in the course of employment. The analysis will be very fact-based. Facts a judge may use to determine the workplace scope include: the time of day the injury occurred, whether the condition causing the injury might be encountered in a workplace, whether equipment that caused the injury was purchased by the employer or furnished by the telecommuter, and whether the telecommuter was using equipment that he or she also used for personal purposes. In some cases, a judge may analyze a telecommuter’s injuries as though the telecommuter were a traveling employee; the insurer will most likely vigorously contest this type of ruling, however.

Cases Where Telecommuters May Be Eligible for Workers’ Compensation Benefits

The appeals court found the board was incorrect in concluding  Sandberg’s injury did not arise from her employment.  Instead, the court decided, Ms. Sandberg “was where she was, doing what she was, because of the requirements of her employment.”

Sandberg worked as a custom decorator for JC Penney Co., Inc., selling window treatments, upholstery, bedding, and pillows.  Sandberg worked from home part-time when not out on appointments or working at the company’s studio.  While carrying samples from her home to her vehicle, Sandberg tripped over her dog and broke her wrist.  The Board determined the injury did not arise out of the normal course of employment because she “was not exposed to the risk by virtue of her employment but encountered the same risk any time that she stepped outside the door of her home.”

The appeals court found the board was incorrect in concluding  Sandberg’s injury did not arise from her employment.  Instead, the court decided, Ms. Sandberg “was where she was, doing what she was, because of the requirements of her employment.”

Are You Entitled to Receive Workers’ Compensation Benefits if You Work from Home?

If you suffer an injury while telecommuting, you may be entitled to receive workers’ compensation benefits, depending on the circumstances surrounding your injury.  The same injuries a worker sustains in the workplace can occur in a home office. Your first step should be to report the injury to your employer, just as you would if you worked onsite.  Because the law involving telecommuting and workers’ compensation is still evolving, you need an experienced worker’s compensation attorney to advise you of your rights.

If you have been denied workers’ compensation benefits for an injury that occurred while you were working from home, contact our office to discuss your rights. You may be entitled to receive compensation for your medical expenses and lost wages.