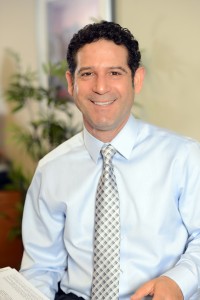 Aron Yarmo has been fighting for the legal rights of Oregonians for over 20 years. He began his career protecting individuals’ rights against government agencies such as the Social Security Administration, United States Forest Service and Bureau of Land Management. Since relocating from Eugene in 1996, Mr. Yarmo has vigorously represented hundreds of Central Oregonians and has fought to uphold his clients’ rights in over 40 jury trials and hundred or workers’ compensation cases.

Mr. Yarmo previously worked as an assistant county counsel, public defender and a partner in the firm of Yarmo & Wasley, PC. Mr. Yarmo is a graduate of the University of Oregon School of Law. He received his undergraduate degree from the University of California, at Berkeley. Following his admission to the Oregon Bar, Mr. Yarmo served as Judicial Law Clerk for the Honorable Kip Leonard before embarking on a successful career as a litigator. Now he is partnered with Jim Bailey, specializing in workers’ compensation and personal injury litigation.

Aron D. Yarmo grew up in the San Francisco Bay area. In college he did field research on reptile behavior in the Mojave Desert, Big Bend National Park and the Dominican Republic. His hobbies include spending time with his wife and children, mountain bike riding, snowboarding and hiking.